St. Columba’s Free Church of Scotland is in the middle of the Royal Mile. At 6am it was quite peaceful to take these images with no one else around. A truck going by made for some glorious lightpainting. 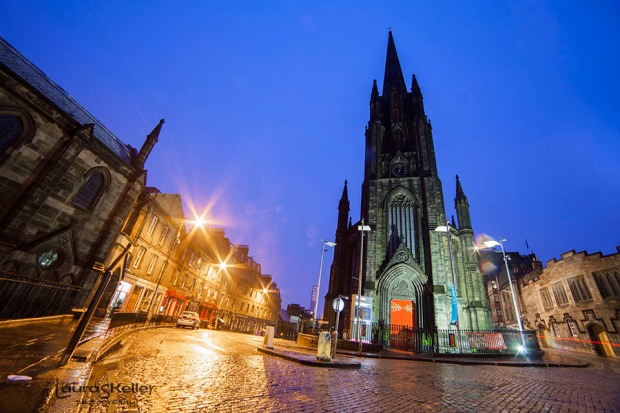